CHAMBER OPERA Tours is a professional not-for-profit opera company devoted to making great opera affordable, presenting operas in English in intimate settings and providing performance opportunities for  singers. The Chamber Opera Tours Orchestra is distinguished by first-rate conductors and orchestral players and has been highly praised by both critics and audience members alike. With award-winning designers and acclaimed directors from around the world, audiences can expect high quality, innovative productions that bring opera to life.

Originating over 30 years ago, Chamber Opera Tours is now in its tenth year under the direction of Artistic Director Barbara Landis and has re-energized its original mission of making opera accessible to the widest possible audience. “COT has the potential to become an opera company on par with a repertory theatre,” Landis says. “We want to move our audience emotionally and create memorable performances for both experienced opera-goers and novices. Our main goal is to touch the hearts of our audience members…make them laugh, make them cry, and leave them wanting more!” 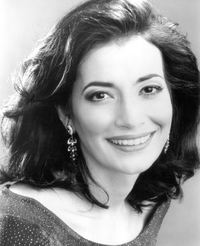 Artistic Director – Barbara Landis   Barbara Landis has been the Artistic Director of Chamber Opera Tours since 2005. She adapted and created an original musical adaptation of Jane Austen’s Persuasion, which first premiered at the Athenaeum Theatre in Chicago in 2011 and toured the UK and New York City in 2013-2014.   She received critical praise for her portrayal of Baba in Gian Carlo Menotti’s opera The Medium with COC, a role she also covered and studied with the composer at the Festival of Two Worlds in Spoleto, Italy. Ms. Landis can be heard on Cedelle Records’ The Medium starring Joyce Castle with Opera Theater.  She has sung recitals at the Spoleto Festival and in Modena, Italy, and has performed roles with Komische Oper München (Munich Comic Opera) in Germany.  While studying at the Britten-Pears School in England, she sang the role of Lucretia (The Rape of Lucretia), which was taped for broadcast by the BBC. Barbara has also specialized in roles with a Spanish flair. She has performed the role of Carmen with numerous opera companies including Chamber Opera Tours, Opera North Theater, Golden Gate Opera and the San Francisco Lyric, and in concert with the National Symphony Orchestra in the Dominican Republic. She has portrayed the role of Aldonze in Man of La Mancha with COT, in the Colorado Lyric Theatre Festival, and throughout the midwest. Other roles for which she has received critical acclaim include Prince Orlofsky in Die Fledermaus and many of the Gilbert and Sullivan mezzo-soprano roles such as Katisha in The Mikado, Mad Margaret in Ruddigore, and Ruth in Pirates of Penzance with Light Opera Works in Evanston, IL; Azucena in Verdi’s Il Trovatore with da Corneto Opera; the Witch in Hansel and Gretel with both DuPage Opera Theatre and COT; and the Secretary in The Consul (a role she also performed with the Lyric Opera ), the Mother in Amahl and the Night Visitors, Erika in Vanessa, Jane Austen in the original musical Pride and Prejudice, Maria in The Sound of Music, and Jane Austen/Anne Elliot in Persuasion with Chamber Opera Tours. Barbara participated in the review Cheers from Chawton at the 2010 Jane Austen Festival in Bath, England. She also performed at Bar-Ilan University in Israel, where she was awarded an honorary doctorate in recognition of her premiere role in advancing culture and education in the arts. 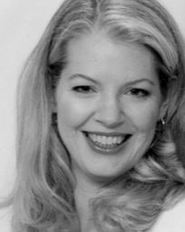 General Manager/Artistic Administrator – Kerri Rosenberg Burkhardt
Kerri Rosenberg Burkhardt assisted Ms. Landis in the adaptation of Jane Austen’s Persuasion and in editing the script. She and Ms. Landis researched the project in England, where Kerri also photographed most of the projected images used in the production.  She has been instrumental in arranging tours of Persuasion to Scotland, England, and New York City. Kerri received her B.A. and M.A. in Vocal Performance and Pedagogy from the University of Iowa, where she also completed coursework for the Doctorate of Musical Arts. She has sung with the Zurich International Opera Studio in Switzerland, the Zurich Opera (singing with conductors such as Nello Santi and Nikolaus Harnoncourt), the University of Iowa Opera Theater, and Muddy River Opera, among others. Her favorite leading roles have included Nedda/I Pagliacci, Mimi/La Boheme, Marenka/The Bartered Bride, Blanche and Constance in different productions of Dialogues of the Carmelites, Felice/Die vier Grobiane, Adina/L’Elisir d’Amore, Zerlina/Don Giovanni, Helena/A Midsummer Night’s Dream, Frasquita/Carmen, Casilda/The Gondoliers, and Mabel/ Pirates of Penzance. She has soloed with many symphonies and choruses throughout the United States and Europe and has performed in recital with Simon Estes. As a finalist in the Miss America Pageant, she also performed "Ah, je veux vivre" from Gounod's Romeo and Juliet on national television. Previously, Kerri was the Director of Auditions and Admissions for the American Institute of Musical Studies (AIMS) in Graz, Austria, where she worked for 14 years. She and her husband, Brian, are the proud parents of Brandon and Karissa Burkhardt, who have performed frequently with Chamber Opera Tours. 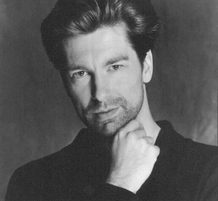 Nick Sandys (Stage Director) is an actor, director, and fight choreographer, is originally from north England.  He has previously collaborated with Chamber Opera Tours on Persuasion (director/Wentworth), The Sound of Music (Capt. Von Trapp), Pride & Prejudice (Darcy), Carmen (fight director), and Menotti’s The Consul (director).  He is the Producing Artistic Director of Remy Bumppo Theatre Company, and also an Artistic Associate at First Folio Theatre.  Other directing credits include: Our Class, Seascape, Fiction (Remy Bumppo), Merry Wives of Windsor, Romeo & Juliet, Macbeth (First Folio), Bedroom Farce (Eclipse Theatre), Twelfth Night (Noble Fool Theatricals), Taming Of The Shrew, Hamlet, Much Ado About Nothing, Merry Wives Of Windsor (Fort Worth Shakespeare in the Park), Breaking the Code, I’m Not Rappaport, and Walk In The Woods (Stage West).  Nick is a certified Fight Director with the Society of American Fight Directors, his choreography appearing all over, including the Lyric Opera  (over 35 productions) and Goodman Theatre (over 25 productions), as well as on Broadway (Steppenwolf’s 2013 Tony-Award-winning revival of Who’s Afraid of Virginia Woolf?), at the Metropolitan Opera  (Il Trovatore, Giulio Cesare, Prince Igor), and regionally.  He has received twelve  Joseph Jefferson Nominations, winning in 2009 for combat choreography,  Best Actor Award 2011, a Critics Circle Award, and a 2011 Achievement Award from the Helen Coburn Meier and Tim Meier Charitable Foundation for the Arts. Nick holds MAs in English Literature from both Cambridge University and Loyola University Chicago. 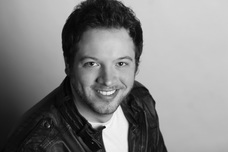 Kyle Dougan  (Stage Director) arrived to Chamber Opera Tours a little over three years ago after completing his Masters in Musical Theatre at Goldsmiths, University of London. While in London, Kyle produced a workshop of new musicals and directed a new musical, Interval, by Eleanor Agius.  He also directed a production of Hello Again by Michael John Lachiusa as well as stage-managed a series of new musicals with Perfect Pitch at Trafalgar Studios. Kyle has performed in, directed and associate directed shows at Theater at the Center, Big Noise Theatre, The Musical Theatre Company, and Light Opera Works, where he is on full time staff. He recently finished working on a new play with author Irving Welsh based on his book Trainspotting in Chicago, as well as a production of Ruthless! The Musical. Kyle is Artistic Producer of a series of new musicals with Midwest New Musicals and a committee member of the National Alliance for Musical Theatre.  He is also co-owner of Style Theatrical Casting, a professional casting company. 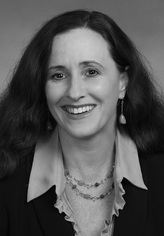 Sara Stewart Schumann (Choreographer) was a choreographer, solo dancer, and ballet master with the Lyric Opera from 1990 to 2006. Some of her choreography for Lyric productions includes: La Traviata, Faust, Macbeth, Manon Lescaut, Rigoletto, Attila, I E Capuletti et Montechi, and Un ballo in Maschera.  She also set Un ballo in Maschera at the Houston Grand Opera, Samson and Delilah with San Diego Opera, Faust, Carmen, and The Beggars’ Opera for DuPage Opera Theatre, and Carmen for Milwaukee’s Florentine Opera.  As a teacher, Sara taught dance extensively until she received her Juris Doctor from Kent College of Law and was admitted to the Bar. As a performer, Sara is still remembered for her performances with the Lyric Opera and as the American Beauty Rose in The Nutcracker at Arie Crown. She performed the role of Sugar Plum for 16 years as a guest artist nationally and overseas with the Scottish-American Ballet.  Her other performance credits include dancing with the Maryland Ballet, Pennsylvania Ballet, and Ohio Ballet. Sara represented the U.S. in Tokyo, Japan’s First International Dance Competition in 1992. She is the proud mother of two sons. 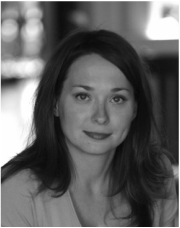 Kathy Logelin (Dialect/Dramatic Coach) has coached Persuasion for Chamber Opera Tours since 2011. Kathy has worked with many theatre companies including Drury Lane, Rivendell Theatre Ensemble, Shattered Globe, Remy-Bumppo, Strawdog Theatre Co., Isle Muse Theatre, the Griffin Theatre, Redtwist Theatre, and Theatre Mir along with others.  Kathy is a member of the Actor’s Equity Association and a company member of Rivendell Theatre Ensemble. 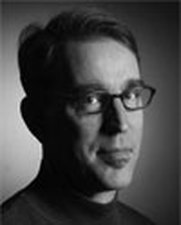